Kwanlin Dün First Nation signed its Final and Self-Government agreements on February 19, 2005 with Canada and Yukon. Following this historic moment, KDFN began writing and passing laws in accordance with Section 13, Legislative Powers, of its Self-Government Agreement.

Kwanlin Dün First Nation is governed by an elected Council made up of six Councillors and one Chief. One Elder, chosen by the Elders’ Council, and one Youth, chosen by the Youth Council, participate as non-voting Council members.

This page contains all Kwanlin Dün agreements, laws and policies. If you would like paper copies of any of these documents, phone 867-633-7800 ext.132. 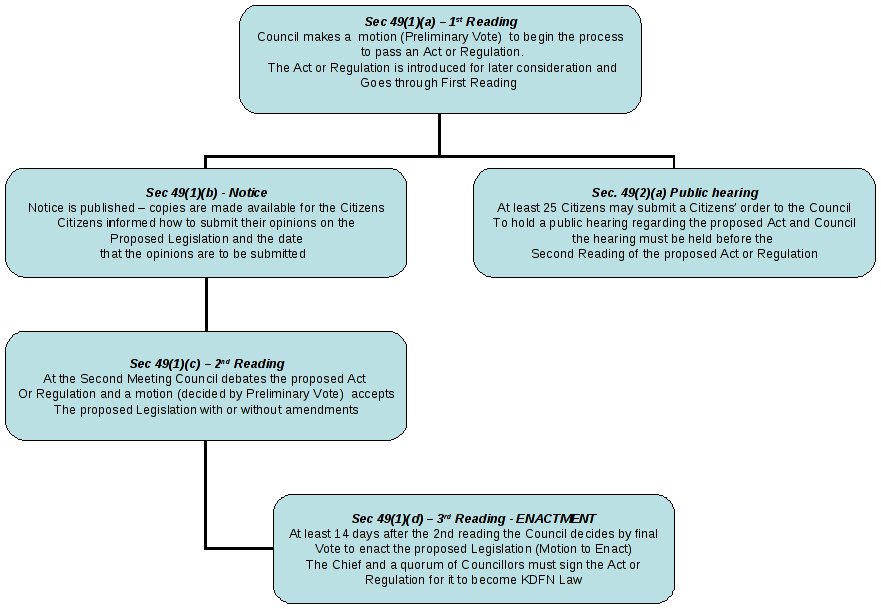 Legislation And Policies In Progress