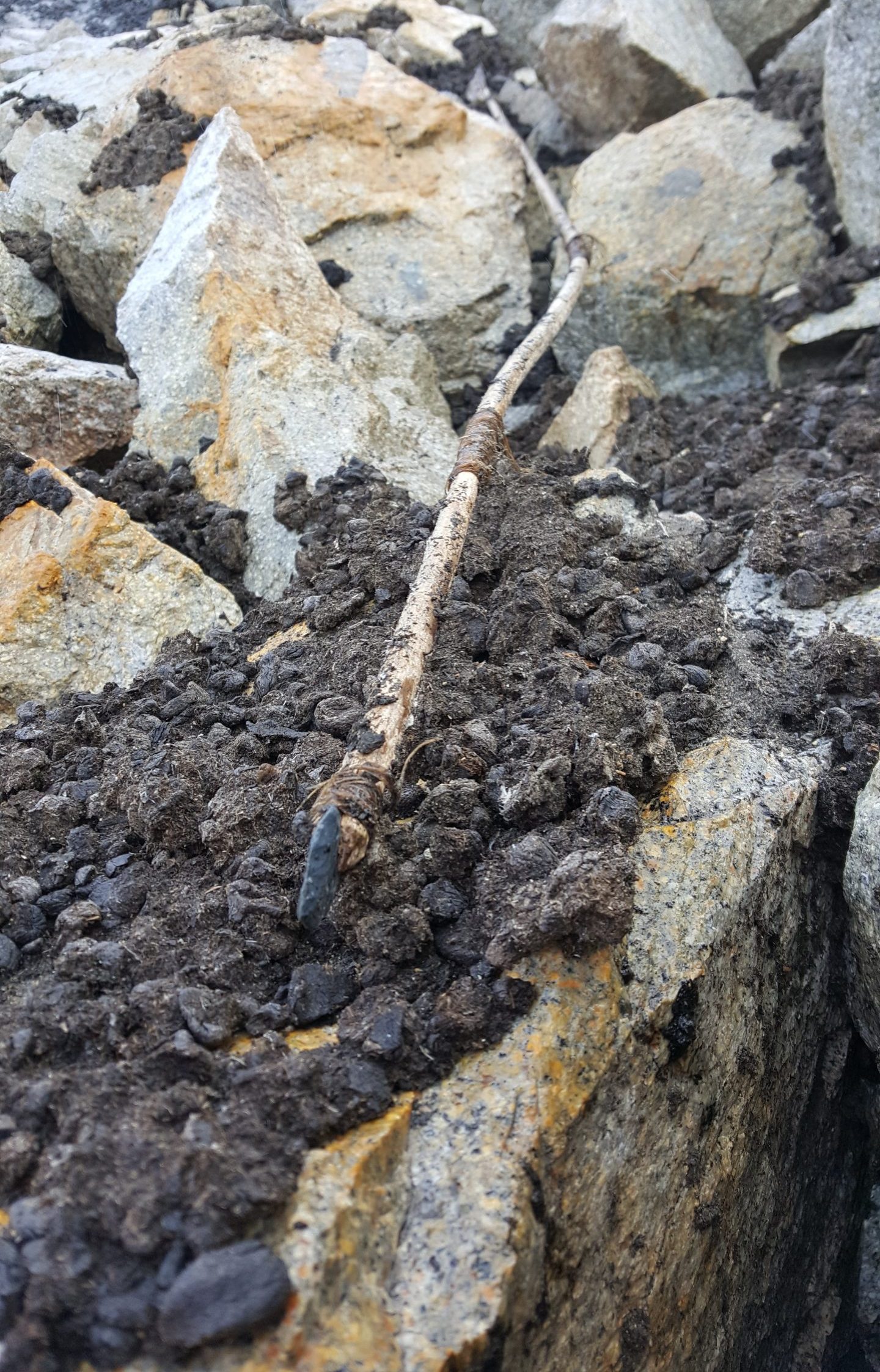 A new study, led by Kate Helwig and Jennifer Poulin at the Canadian Conservation Institute, has identified beaver castoreum as a component of the design and construction of a 6,000-year-old Yukon atlatl-throwing dart. As far as the authors know, this is the first instance where castoreum has been identified in an ancient archaeological context. The two-metre-long artifact was discovered melting free from alpine ice in the Traditional Territories of the Carcross/Tagish First Nation and the Kwanlin Dün First Nation in the fall of 2018.

The research study began when Valery Monahan, Yukon Museums Conservator and study co-author, found an unusual orange residue coating the sinews and wood at locations where different parts of the artifact were bound together. Analysis of these residues showed the substance was castoreum, a secretion beavers use to scent-mark their territory. Whether this substance was being applied as a preservative, an adhesive or a colourant is not known, but the use of beaver products by First Nations people in the subarctic north is renowned.

Similar studies of Yukon ice patch artifacts have previously identified a mix of spruce resin and red ochre applied as an adhesive. This discovery demonstrates yet again the sophisticated knowledge Yukon’s ancient First Nations people had about their environment, lands and resources. This knowledge allowed them to use a dynamic suite of materials to create and maintain the technologies that sustained them throughout the year.

Working in partnership with the six First Nations within whose Traditional Territories the ice patches are located has yielded unprecedented findings of ancient hunting tools and artifacts. These discoveries have led to a greater understanding of Yukon’s past. The study’s finding is testament to the incredible preservation of these artifacts and the information they hold, and illustrates just how much there is still to learn about how Yukon’s first peoples lived. – Minister of Tourism and Culture Ranj Pillai

Our ancestors were connected to the land, the water, and the animals in our Traditional Territories. They understood how to use the things around them to design complex and ingenious tools, like the atlatl. Shä̀w níthän to all of the people who worked together to bring this ancient technology into the light so our people can continue to learn from the knowledge of our ancestors. – Kwanlin Dün First Nation Chief Doris Bill

Our lands hold many secrets and insights into the past. Unearthing and studying these findings is valuable not just from a scientific and historic perspective, but culturally. Walking hand in hand with the land, water and wildlife is the history of our people. Their resourcefulness and ingenuity continue to impress and teach us. Gunalchéesh to the people helping keep us connected to our ancestors. – Carcross/Tagish First Nation Haa Sha du Hen Lynda Dickson