From background extra to the big screen 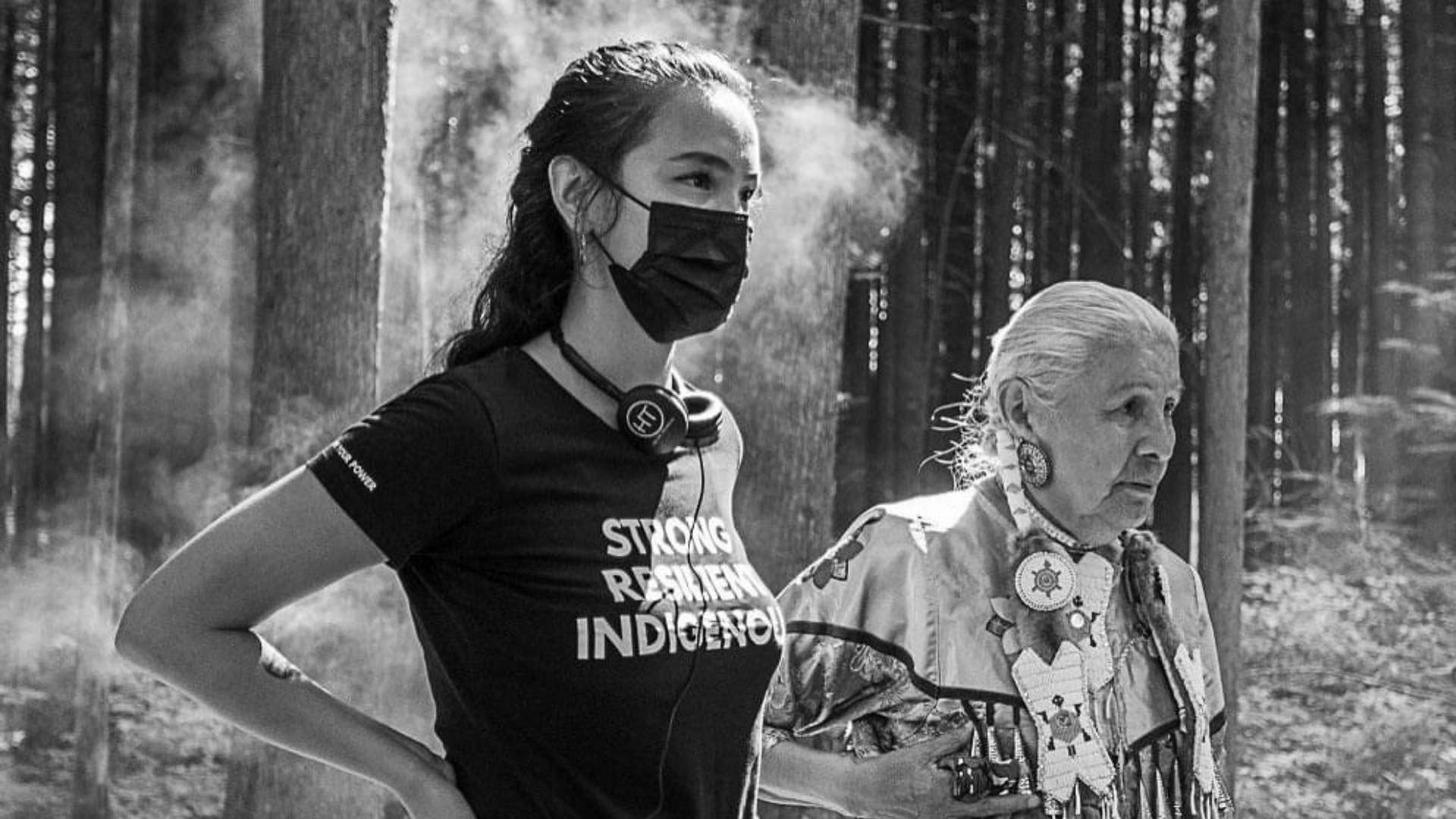 By Skyler Isaac with files from Alexander Gatensby

KDFN Citizen Kiri Geen says she got her first job in the film industry almost by accident. A friend was casting background extras—the people you see walking behind the main characters in a film scene—and Kiri stepped forward for the job. Little did she know that side gig would turn into a life-long love and lead her to a career in writing, acting and producing.

Now she is preparing for the debut of her new short film Kiri and the Girl, which she produced and co-wrote with collaborators Christopher Logan and Ken Shapkin.

“Chris and I wrote a script about a girl, we used my name [for the character], who has lost her mother,” explains Kiri, “She and her mother were very tapped in to the spirit world and her mother was her guide. So young Kiri feels a little lost and disconnected from the world and her dad, and she finds herself through the powwow culture and culture of ceremony.”

Kiri’s First Nations ancestry plays a large role in her creativity. In addition to her busy film schedule, she spends time with bead work, painting and carving

Kiri and the Girl was a low budget, independent production. As such, it came with its own unique set of challenges.

“Our biggest challenge, I think, was filming in the time of COVID,” says Kiri. “We had a lot of safety precautions and a lot of planning to make sure everybody was safe because we did have Elders and children on set. But it worked to our advantage.”

“I might sort of call it a COVID opportunity because we got the crew we wanted because the whole industry was shut down.”

Kiri’s dream cast and crew includes director Grace Dove, an established First Nations actress who has been featured in The Revenant and Monkey Beach. And Whitehorse actor Tahmoh Penikett, who was a series regular on Battlestar Galactica and Dollhouse. Newcomer Isla Grant plays the main character Kiri.

The film may have an extremely talented and respected cast and crew, but its existence was never a guarantee.

“When we applied for the grant to the Canada Arts Council, we never thought we’d get it,” says Kiri, “But we spent five months researching which grant would work best for us.”

The hard work and dedication paid off. And, Kiri has some advice for those looking to pursue their dreams.

“Just take your time with these things and believe in yourself because you’re capable of more than you give yourself credit for,” she says. “It’s like bungee jumping: You’ve got to take that first leap. That’s the most terrifying, but once you do, it’s amazing.”

Kiri and the Girl has been selected to screen at the Vancouver Film Festival in October. You can watch it in cinema or stream it online. Find tickets here: https://bit.ly/3AcRbss

If you’re a KDFN Citizen looking to explore or expand your career options and future studies, please connect with Mark Smith, Post-Secondary Coordinator at post.secondary@kdfn.net.