The man behind the camera 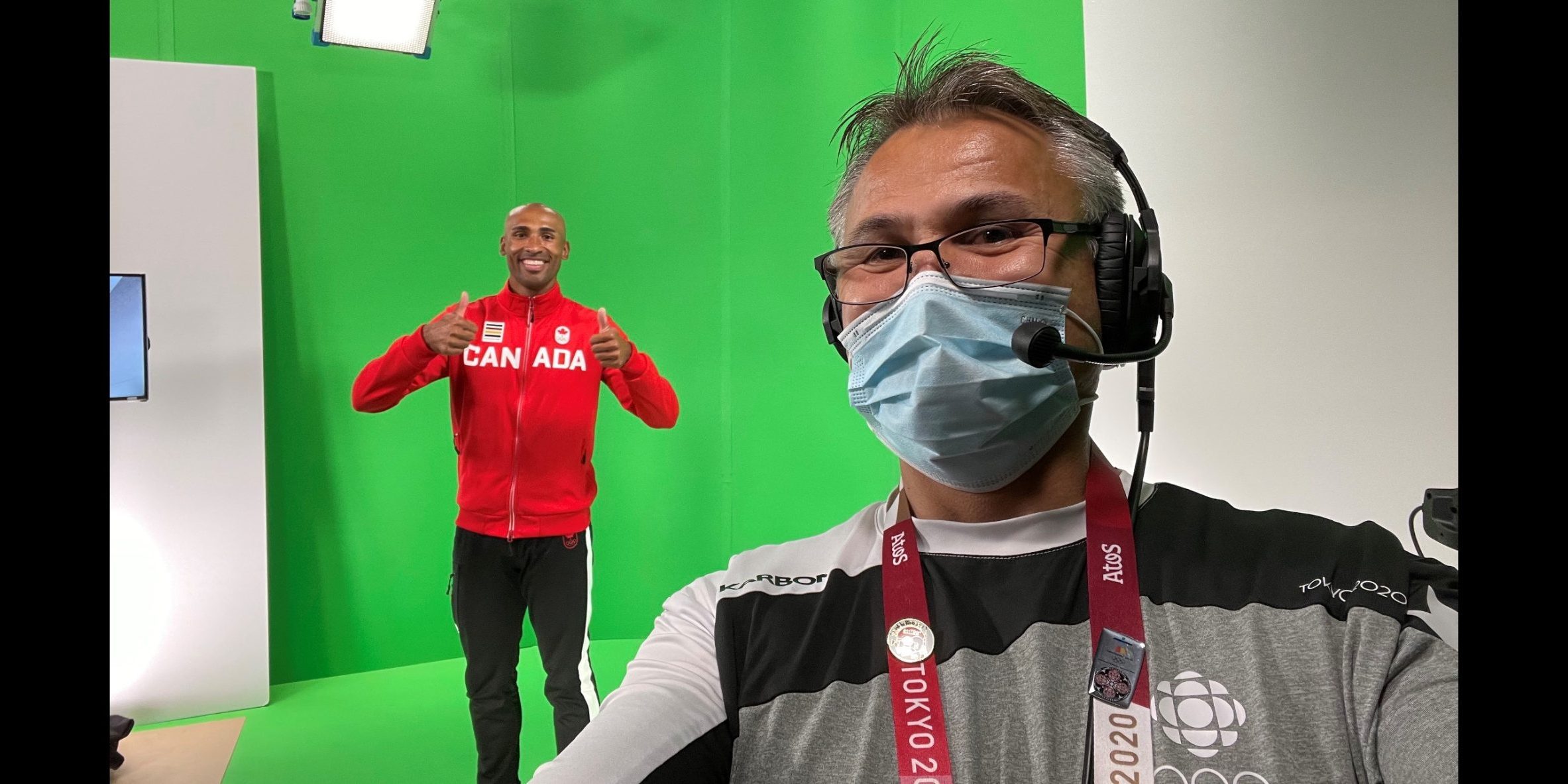 Wayne Vallevand’s skills and quick thinking have taken him far throughout his career, and this summer they took him all the way to the Olympic Games in Tokyo.

This summer, KDFN Citizen Wayne Vallevand went to the 2020 Tokyo Olympics as a camera operator for CBC.

For the first 14 days he was quarantined as a precaution against COVID-19. And then, he worked long hours in the international media centre, filming interviews with Canadian athletes.

“The cool part was seeing all the athletes come in and hearing their stories,” says Wayne. “They were pouring their hearts out to Canadians. And they thanked us for being there because their families were not able to be in the stands but at least they were able to see them on TV.”

The hard work paired with the COVID-19 restrictions meant that Wayne wasn’t able to explore Tokyo as much as he wanted to. But he did get to go out once to taste the salmon sushi and make some new friends.

“We met some journalists from Tokyo and when I told them I was from the Yukon near Alaska, their eyes bulged out of their heads and they shivered. Then, in perfect English, they said: ‘Very cold,’” he says with a laugh.

Wayne was selected for one of the few spots on CBC’s Olympic team because of his ability to solve problems and think on his feet.

Last year a producer in Quebec, Sylvain Archambault, asked Wayne to film a local francophone musician on Fish Lake. During the recording they started having sound issues. And despite being out of the studio with few resources, Wayne was able to quickly fix the problem.

“He said I was a bit of a technical MacGyver,” Wayne says with a laugh. “He was so happy he recommended me to go to the Olympics.”

Wayne grew up in Whitehorse. His grandparents, Julia and Johnny Joe, were from Marsh Lake. He is proud to be a descendant of the Tagish Kwan.

Wayne has been “carrying a camera” since 1988. He started working in the library at Northern Native Broadcasting in 1986. Then, he was in sound and worked his way up to being a camera operator.

He started working at CBC in 1994. Over the years he’s won awards for reporting, and he had lots of on-the-job training and many big adventures travelling across Canada and the North to cover amazing stories.

“I’ve been doing it a lot of years and I’m still happy to go to work,” he says. “Every day is a new challenge and I am grateful for the career I have had.”

At the time of printing, Wayne is submitting his credentials to cover the Winter Olympic Games in Beijing. So, it looks like he’ll have another Olympic experience coming up in 2022.