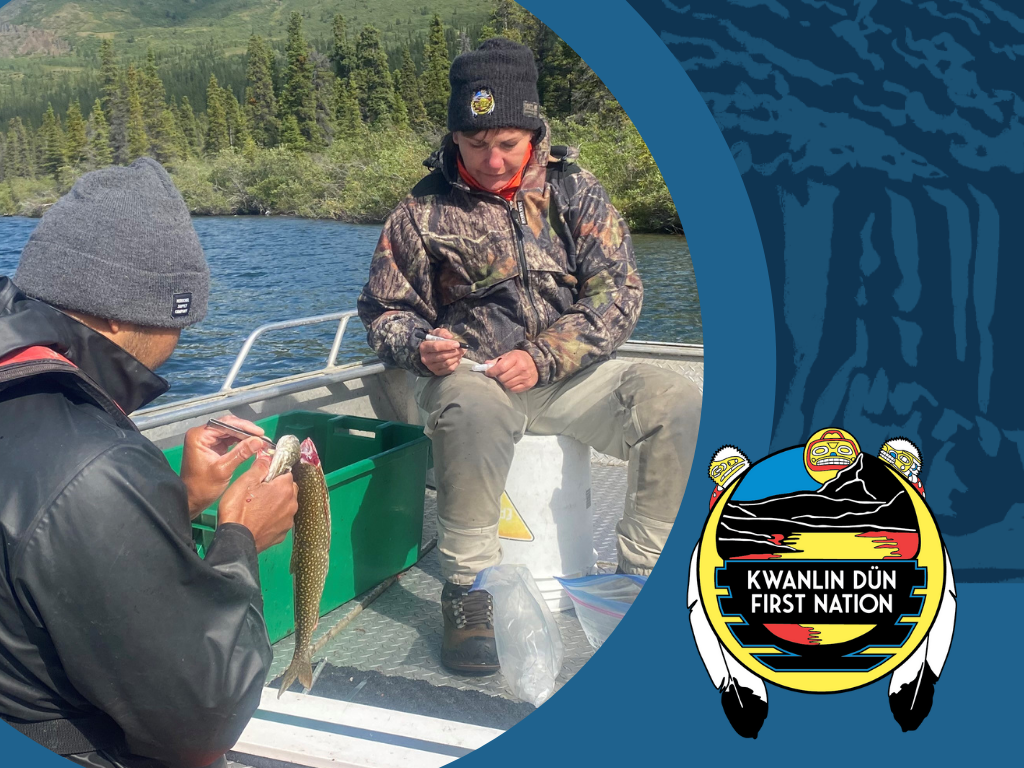 These surveys allow us to track the health of the lake trout population. 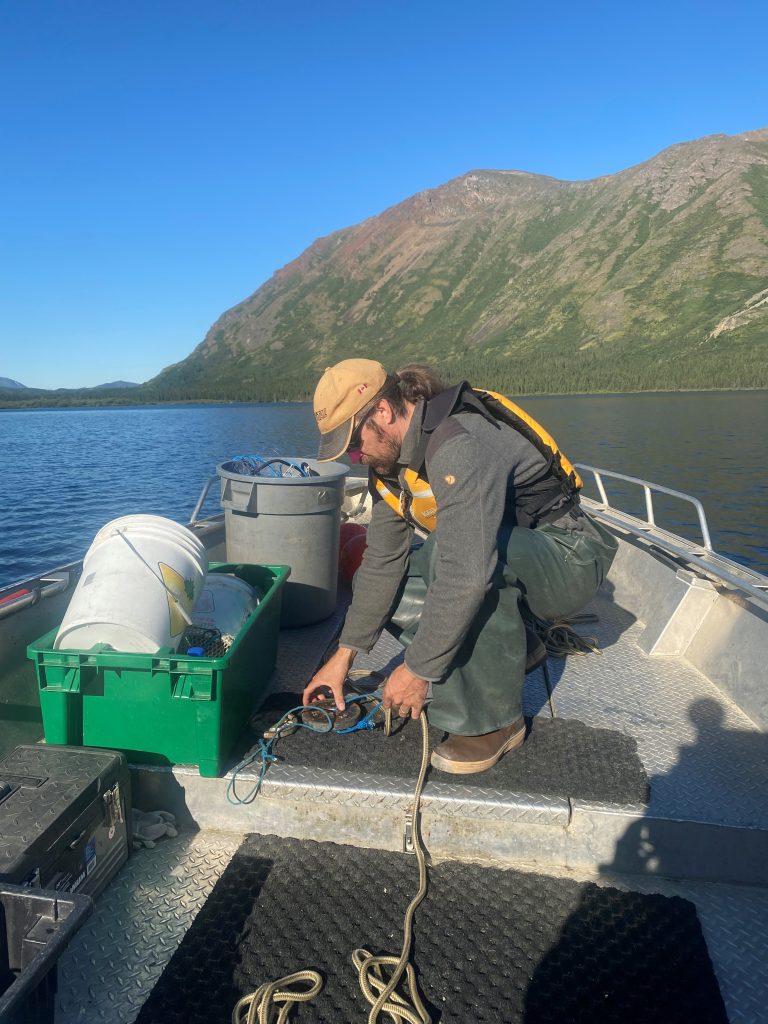 Fish Lake was last surveyed with this method in 2012. The ages and lengths of fish caught during the survey will be used to assess the size restrictions in place to protect large spawners.

This summer, the number of fish caught per net was fairly high compared to other lakes in Yukon, and the lake trout looked healthy. 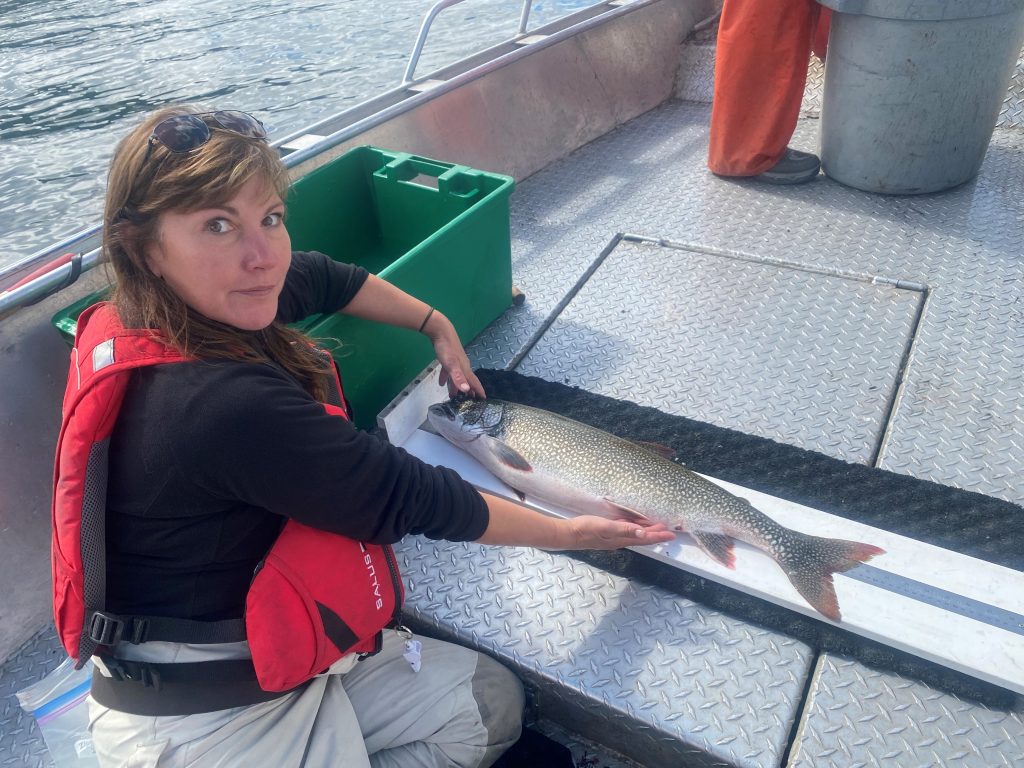 We are working with the Northern Contaminants Program to look for any potential contaminants in the fish. A report on the findings should be ready this coming winter.

Fish Lake Łu Zil Män is a critically important area to Kwanlin Dün. It was part of the First Nation’s seasonal travels to food sources in what is today the Whitehorse area. Families had camps there. Many would arrive in the summer and stay through the winter. Trout spawned in September, followed by whitefish — Łu Zil Män means “whitefish lake” in Southern Tutchone— in October and November. 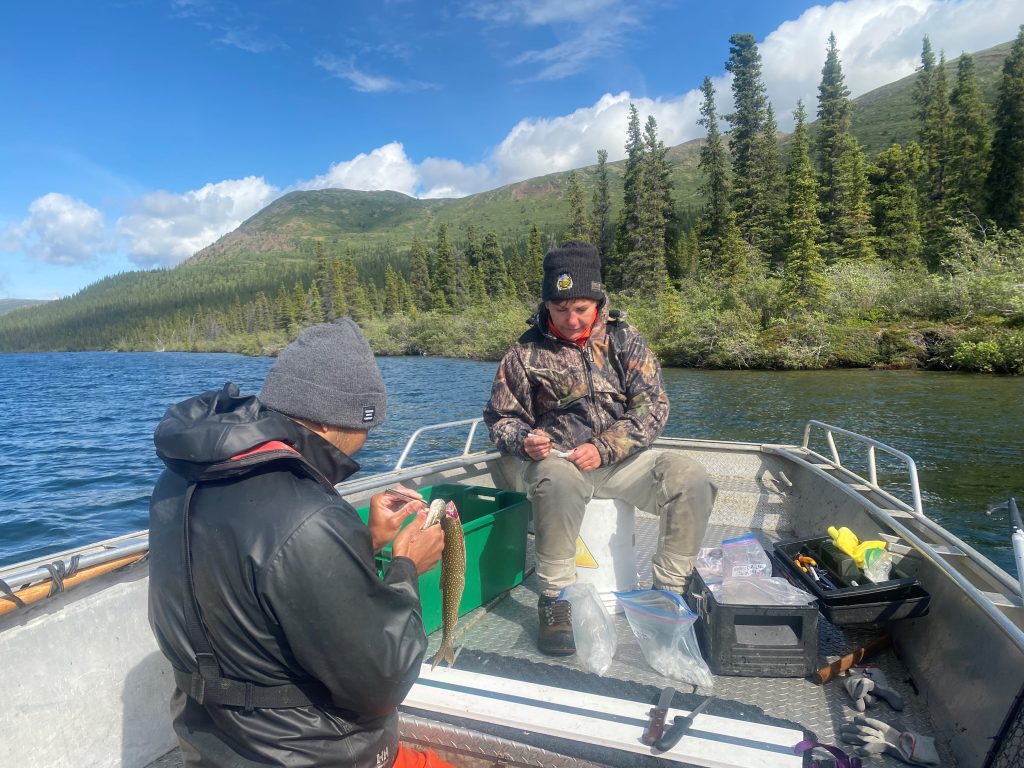 After the fish runs, hunters would head into the mountains for sheep, moose and caribou. In the spring, people trapped beaver and muskrat, and grayling spawned in Bonneville Lakes, in the alpine alongside Fish Lake.