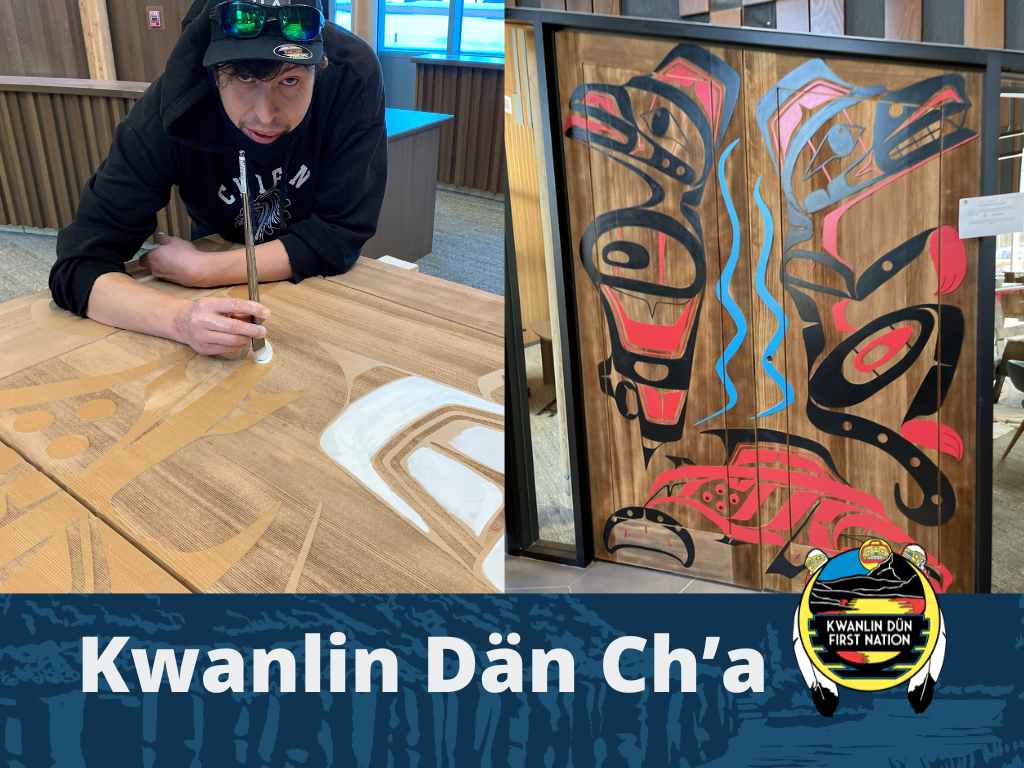 Artist Terrence Cory Shorty designed and painted the Council doors in the new Kashgêk’ Building. In 2020, KDFN put out a call for door designs. From all submissions received, this design was selected by the Artwork Committee.

Terrence Cory Shorty is a KDFN citizen of Northern Tutchone, Tlingit, Norwegian and French descent. He is originally from Whitehorse, Yukon where he’s connected with his First Nations roots through traditional practices, like living on the land and hunting.

Terrence comes from an artistic family background, full of painters. He began painting in the northwest coast style when he was living in Edmonton, Alberta in 2005. He moved to Vancouver where he really started to improve his painting skills. Now he lives in Whitehorse, Yukon.

Terrence calls the design In this River.

He says: “After two to six years out in the ocean, the salmon come back to the Yukon River to spawn. Once the fertilisation is done, their bodies die. This natural process brings food and nutrients to the land and water. Many other species, such as the wolf and crow depend on this process. Salmon have been a keystone species to various wildlife and First Nations people for thousands of years.”

“The First Nations people of the Yukon River will dry salmon to survive the long winters. The salmon represent the connections with the river. The wolf and crow represent the two moiety clans of Kwanlin Dün.”