2023 KDFN Regular Election for the Chief and Six Councillors

2023 Notice of Writ of Election 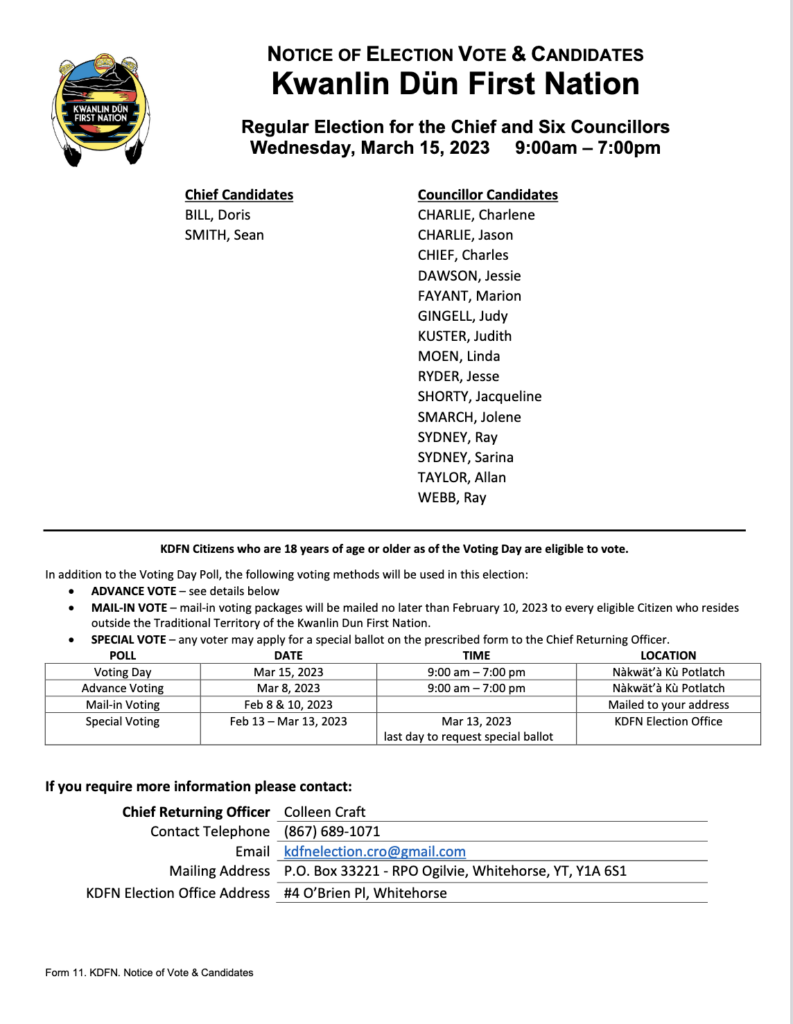 Criteria for Chief and Councillor Candidates:

Nomination Packages are available at the KDFN Election Office – 4 O’Brien Place
Nomination Forms must be submitted to the Chief Returning Officer (CRO) before
Close of Nominations: 4 p.m. on Wednesday, February 1, 2023

KDFN Citizens who are 18 years of age or older as of the Voting Day are eligible to vote.

In addition to the Voting Day Poll, the following voting methods will be used in this election:

Please verify your name is on the Voters List!

Any requests for revisions to the List shall be directed to the KDFN Registrar of Citizenship.